Five days on the coast of the Katun mountain river, six excursions and three meals a day!

The tour program will allow you to feel the atmosphere and energy of Mountain Altai, visit interesting natural, historical and cultural places of unique beauty, magical and mysterious region. You will be able to alk along mountain trails and enjoy luxurious views, drive a comfortable bus along the Chuisky tract, and on special passable equipment in wild places, sail along Katun rivet and see completely different pictures from the water.

Combined with amazing beauty and energy, chosen place for relaxation – Chemal, where mountains descend by forests and grottoes to the fast Katun, comfortable accommodation and good service, you will spend unforgettable days, let the scientific heads rest after the intense rhythm of the conference, relieve stress and get a charge of vigor and strength for long months.

Beginning and end of the tour: Novosibirsk, Akademgorodok 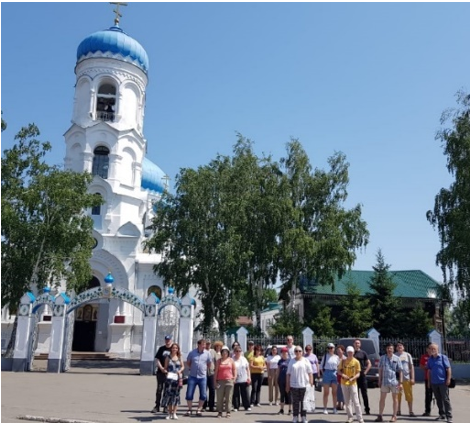 At 7:00, early in the morning departure from Novosibirsk, a trip to the Altai Republic, to Usnezya, the village of Chemalsky District (about 500 km). On the way, breakfast and the guide’s stories about the history and legends of Altai: you will find out how the Altai Territory and the Altai Republic differ, how Peter I is connected with Altai, and much more. We will pass through the historical center of Biysk with a short story about this ancient Siberian city, which is more than 300 years old. After lunch in the capital of the Altai Republic, us awaits an excursion to the Gorno-Altai National Museum named after A.V. Anokhin.  Even the architectural solution of the museum building itself – large planes of pitched roofs in combination with the surfaces of the walls, resembles steep mountain slopes and ancient mysterious mounds, in the depths of which the treasures of Altai are hidden. Including, in the museum, we will meet with one of them – the mummy Ukok’ “Princess,” a woman of Pazyryk culture and burial objects from the high mountain plateau Ukok. After the excursion, we will continue the path along the Chuisky tract along the coast of Katun. After about an hour, we are waiting for dinner and accommodation in double-twin rooms with amenities on the tourist recreation center. The territory of the hotel has a leisurely rest after the conference and contemplation of the surrounding nature on the coast of Katun river, one of the most beautiful rivers in Russia 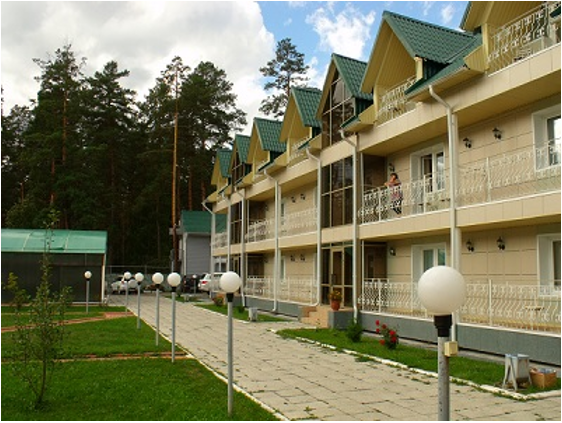 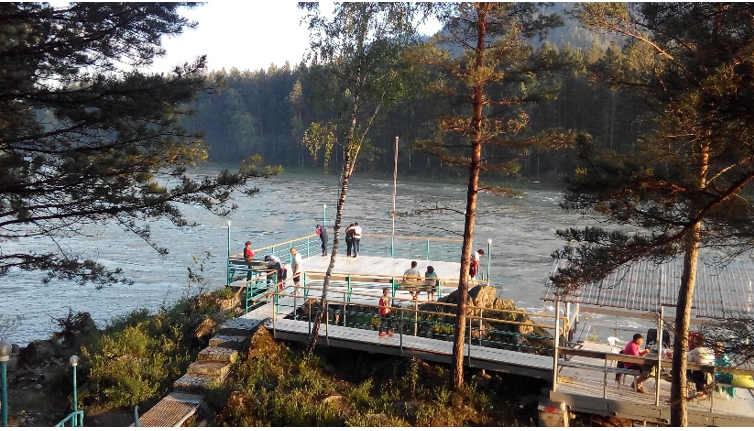 After a slow rise, the bravest can swim in the Katuni mountain, or do a charge on the pier, absorbing the energy of water and rising sun over the mountains.

After breakfast, we go on the excursion “Bridges and Legends of Chemal.”

You will see the existing hydroelectric station on the Chemal River, get acquainted with the history of its construction, walk along the “goat” path over Katun river. From there, at the height of a bird’s view you will see a stunning spectacle – a panorama of the confluence of the Chemal and Katun rivers (“Sartakpai Gate”), “Rock of Weeping,” and then visit the Orthodox church on the island of Patmos. Walk along the new Chemal bridges, feel the energy of the drilling water of the Katun and Chemal rivers under your feet. These are places of amazing energy power. On the local market nearby it will be possible to purchase local souvenirs of folk crafts, collecting healing herbs, etc. Back for lunch at the our hotel.

The second part of the day will be immersed ten centuries ago in ancient Russia and its culture in the Museum «Desyatiruchka»:

We will hear an interesting story about our history of the times when “Rusichi” worshipped the god of the Sun, those who want to be able to make a doll- “obereg” with their own hands at a master class, and everything will end with fun round dances “Khorovod” and ancient Russian games for adults.

Back to the camp for dinner and rest. In the hotel there is an indoor pool  (for an additional fee). There is also a SPA center, where you can take sessions of antler baths, phyto “bochka” or massages. (For additional payment).

After an early breakfast, we are waiting for an amazing day and an exciting trip to the Karakol Lakes, far from the tourist mass routes, deep into the Siberian taiga.

A fascinating test of several hours on high-pass auto GAZ-66 (or analogue) in such wild places where the navigator writes “there is no road” will end with a parking lot at the one of the seven lakes. Then those who want to give can stay here, we are waiting for a 3-4 hour walk to the upper lakes and back (about 4 km). You will need comfortable shoes with a hard non-slip sole (sneakers or tracking boots will be the good decision) and a small backpack for personal belongings and water.

And the result will strike our eyes and souls. We will surprise natural treasures – the “living” eyes of Altai nature – Karakol Lakes. They are a kind of giant stepped troughs, each of which is filled with water. There are lakes at different levels, from the lowest, seventh lake, at 1840 meters above sea level, and the highest, first, at 2100 meters.

When you return to the parking lot at the base lake, a picnic with a delicious hot lunch will be a decent reward. And of course, a lot of photos upstairs and downstairs by the lakes that will decorate your photo album. And then we wait for a return to civilization, later a return to the turbase, and dinner. All together, the tour takes about 13-14 hours. But you will never forget this day and your impressions of the pristine and amazing Mountain Altai!

Today, after a deep sleep on the river coast and breakfast, a water adventure awaits us – the Katun river rafting. Anyone who has never rafted here is not considered to have visited Altai. The route was chosen so that newcomers could participate, and those with experience were also interested. After training and in compliance with all safety regulations, on two or three rafts, under the control of experienced certified instructors, you will conquer the water smooth Katun, the rocks and nature from the water look even more beautiful. You will pass two thresholds with excitement and childhood delight, learn to make a “butterfly,” wave and shout greetings together to tourists on the shore.

Along the way we will stop and see Kamyshlinsky waterfall. It’s small but very beautiful. A photo in a wetsuit against the background of falling water will adequately replenish the collection in social networks or album. By the way, if you climb the stairs a little, then the waterfall will be at your feet.

After stopping again a pleasant surprise – a real picnic on the shore of Katun river with hot soup, a second dish and even pastries. And, of course, just like the day before on the coast of the Karakol Lakes, with real grass Altai tea. Is it necessary to say what the appetite will be?!

After finishing on the right, return to the hotel. If desired, you can order a real Russian bath “Banya” for the group, with brooms and a ferry (for an additional fee). Dinner and relaxation on the hotel.

Believe it on this day it will seem that you have been here for at least two weeks. And this is the true truth, here, according to emotions and impressions, the day goes in three, and most importantly, that pleasant aftertaste and energy will fill several months after the trip.

So, after breakfast, those who wish can relax at the hotel. Thirsty emotions awaits a three-hour walk to the village of Ascat masters, located 3 km from the camp. In the places of “space power” where artists create, the connoisseurs of Qigong are healthy. A place where everyone can feel their talent and realize it. Visit the workshops of artists, souvenirs, galleries. Here you can also buy paintings by local artists, folk souvenirs. At the end of the walk, you can go down on the shore of Katun river, where the river makes a turn. You yourself will decide what you want to do here – cool photos, swim in a cove with a sandy approach or spend several tens of minutes in meditation, which will be the final chord of this journey.

We return to the hotel, have lunch and move to Novosibirsk. On the way stop in Srostki and late dinner. Arrival at approximately 9-10 pm.

The group is recruited – a maximum of 25 people.

If you are interested in the tour, send a letter to the e-mail of the organizing committee bgrs2022@bionet.nsc.ru  (copy – belkova_ov@inbox.ru) with the theme of the letter “Tour to Altai 2022”